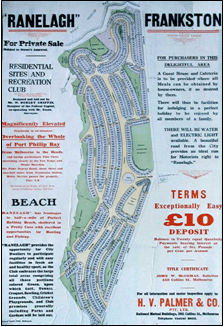 The Ranelagh Club has a long and prestigious history, with many significant Australian notables involved in its creation and activities.

The Ranelagh Club was formed in 1924 and incorporated on 14 July 1926 under the Companies Act 1915. It formed part of the Ranelagh Estate, Mount Eliza, Victoria which consisted of approximately 280 acres running at right angles from the coast of Port Phillip Bay.

The Ranelagh Estate was designed by internationally renowned Chicago-born architects Walter Burley Griffin and Marion Mahony Griffin, with Saxil Tuxen, an established Melbourne surveyor and planner and founding member of the Victorian Town Planning Association, interested in the latest ideas from Australia and overseas.

The estate was based on the model popular at that time in the USA, with the country club aspect an early experiment in bringing such arrangements to Australia. At once a seaside resort and country club, Ranelagh was envisaged as a place where Melbourne’s successful professional people would build their holiday houses and enjoy the virtues of the exclusive land and water based recreation activities. 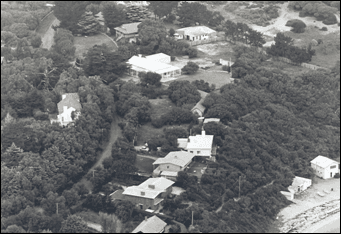 The committee in 1926 resolved to form tennis courts, cricket grounds, a polo ground, areas for archery, hockey croquet, bowling greens and a nine hole golf course along with a 2 storey beach building to house yachts and boats – the cost of which was £100. The eleven stars in the clubs logo represented each of the original eleven sporting events available at the club. The sporting grounds and golf course were later sold and the beach building was suspiciously destroyed in a fire in the late 1960’s prompting development of today’s facilities. This building is shown in this photo taken in the late 1950’s, bottom right.

There were various Ranelagh club houses over the first thirty to forty years. First, a room or two in the Ranelagh Club Guest House, a favoured place for formal afternoon tea and which also housed the popular monthly dances at full moon. At this time, beach activities were focused on the club boathouse.

The Club’s busy social life in the 1950s and 60s was divided between the clubroom attached to the caretaker’s house at the lawn tennis courts and the beach for sailing. Long term residents describe the Club activities then, especially sports, parties, sailing regattas and dances combined with fund raising for the new clubhouse, as vibrant and the focus for the social lives of many.

Holiday houses continued to be built in Ranelagh into the late 1950s and early 1960s. In the early 1960s, the Ranelagh Club built first a motor boat house on the foreshore of Ranelagh beach, then a clubhouse on the cliff above it and the estate appeared to be finally taking shape in the way it was originally intended.

The sixties also saw the committee engage the Royal Australian Army, with left over World War 2 explosives, to blow up 4 of the 9 reefs to allow safety launch and recovery of boats from the new facilities. The campaign was successful although memories from those involved recalled 30 pound rocks landing where the clubs tennis court now sits!

At this time the club had a flying Dutchman, 525’s a CAB Babo and numerous Mirror yachts and sailing craft.

A number of important people in a local and National context had associations with Ranelagh during this period – members of the Ranelagh Club included politician R.G. Menzies, later Sir Robert Menzies, Prime Minister of Australia and prominent architect Kingsley Anketell Henderson.

Ranelagh also has literary associations – the novelist Neville Shute wrote ‘On the Beach’ while he stayed as a house guest at 1 Rendlesham Avenue. The book was made into a movie in the 1950s, and some scenes were filmed at nearby Canadian Bay beach. General Blamey is also reputed to have written his memoirs at ‘Summerslease’ in a room above the garage

Notable Maritime participants in the clubs activities include, besides others:

Peter Antonie who became Australian Olympic champion in the pairs rowing
Bill Clarke, Australian Champion on A class catamarans and
Neil Thomas who made the little harbour, known as “Thomas Cove”

In October 1996, member Marie McMahon published a booklet entitled “The Story of the Ranelagh Estate (Nyora) and of the Ranelagh Club of Mount Eliza. We thank Patrick McMahon herein, for his permission to publish this booklet on this website. Unfortunately, Marie passed away before Volume 2 was published.

The club submitted an application to the Maritime Museum of Australia Project Support Scheme (MMAPSS) 2009 entitled “ The Ranelagh Club’s Maritime History.” With this and working with other similar interest groups, the Club strives to capture, preserve and celebrate our prestigious history, for generations to come.

In 2025 the club will celebrate its 100th year, an anniversary the committee hopes is celebrated with much reflection on these events.

Ranelagh Club is a little slice of paradise located in the Ranelagh Estate in Mt Eliza. With private access to the beach and club house,

there is a little something for everyone at the Ranelagh Club!